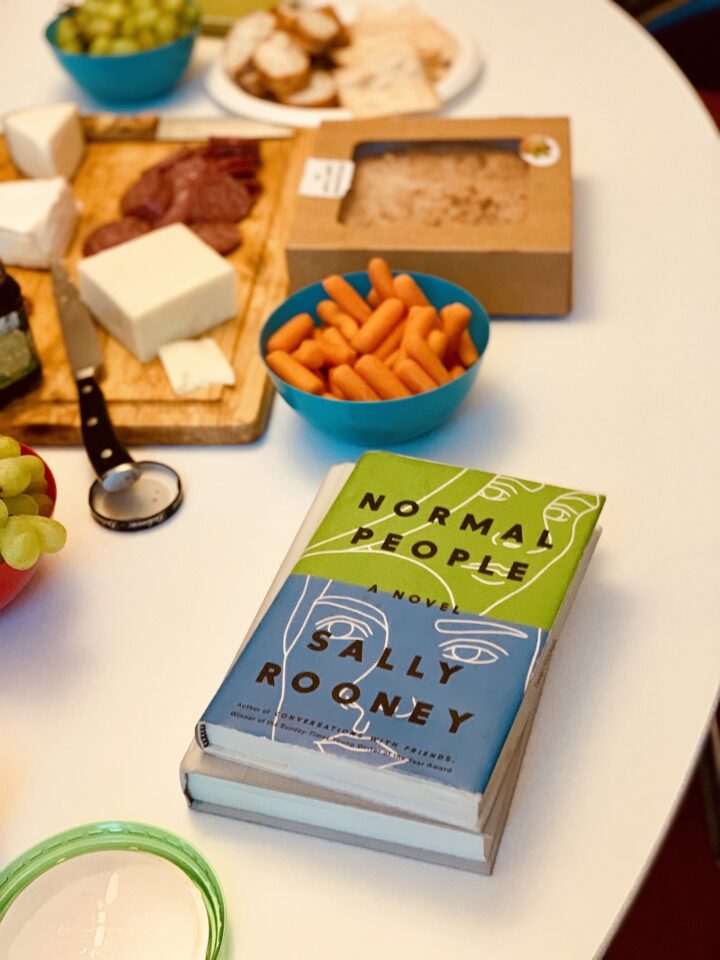 A very quick check-in this week. I’m looking forward to a fun but casual weekend after a busy work month. It’s all been a little more hectic since I’ve been recording and stockpiling episodes of The Readerly Report, and ticking off boxes on other projects  so that I can enjoy my trip to Hong Kong in the middle of this month.

I did take some time out to go to book club of Sally Rooney’s Normal People and then on Thursday night I attended an event at MZ Wallace where they sponsored a selection of local vendors to treat their customers to a Girl’s Night Out. On offer were cryofacials, massages from Zeel and a short  acupuncture session. I am a fan of the cryofacial. Cold, but not ridiculously so, and very refreshing. I’d like to investigate it a little bit more.

So many celebrations this week. It’s my cousin’s birthday and later on today we are going to brunch it up in the West Village. We simply want some non-fussy family time and good food, so we are going to do a low key brunch at Bayard’s Ale House. I used to go quite a bit but I haven’t been lately so I am eager to check it out and see if it’s still as good as I have remembered,  and what, if any, changes have been made. Other than that I may meet friends for a drink Saturday night, I may venture out for some Mexican food on Cinco de Mayo. The only definite is that I will be working plenty, starting to think about what I will pack for two weeks in Asia, and getting some reading done.

Game of Thrones with the family. We had gotten it into our heads that it was necessary for us to watch all the seasons leading up to the big finale. Kicking and screaming at times, all of us have been dragged through the experience. I have to admit that after committing so many hours of my life to the rewatch, I have been severely underwhelmed by the final season so far.

Normal People. I met at Sony Square at the office of a friend to discuss Sally Rooney’s new novel Normal People. Even though we all really loved the book (to varying degrees), this was book that had a robust discussion component. This is fully an adult novel, but the tender age of the main characters and the will-they-won’t-they nature of their relationship made it a compelling discussion. All of us have experienced a crush that doesn’t quite go our way, and have been faced with the issues affecting Conor and Marianne’s ability to connect and be willing to pursue their relationship at the same time.