The Best Short Reads To Read Over The Holiday Season

Gayle shocks Nicole with 1) trading a book on the Ashley Spivey Book Club Facebook group, and 2) reading a book before its release date. Inspired by discussing the best long best books to read over the holiday season, Gayle and Nicole discuss the best short books to read over the next few weeks, and just in time to boost those reading numbers and bring goals into line.

What We’re Reading / What We’ve Read

One Day In December by Josie Silver
The Adults by Caroline Hulse
The Daily Stoic by Ryan Holiday
The Mermaid and Mrs. Hancock by Imogen Hermes Gowar
Becoming by Michelle Obama
The Seven Husbands of Evelyn Hugo by Taylor Jenkins Reid

Another Brooklyn by Jacqueline Woodson
Department of Speculation by Jenny Offil
10:04 by Ben Lerner
Disgrace by J.M. Coetzee
Foe by J.M. Coetzee
On Chesil Beach by Ian McEwen
The Ocean At The End Of The Lane by Neil Gaiman
American Housewife by Helen Ellis
Single Carefree and Mellow by Katherine Heiny
Property by Valerie Martin
Mary Reilly by Valerie Martin
Trespass by Valerie Martin
Rare Bird: A Memoir of Love and Loss by Anna Whiston Donaldson
The Red Car by Marcy Dermansky
Bad Marie by Marcy Dermansky
The Heart by Maylis by de Kerangal
The Graybar Hotel by Curtis Dawkins

Kicking Off 2021: A New Year For The Readerly Report! 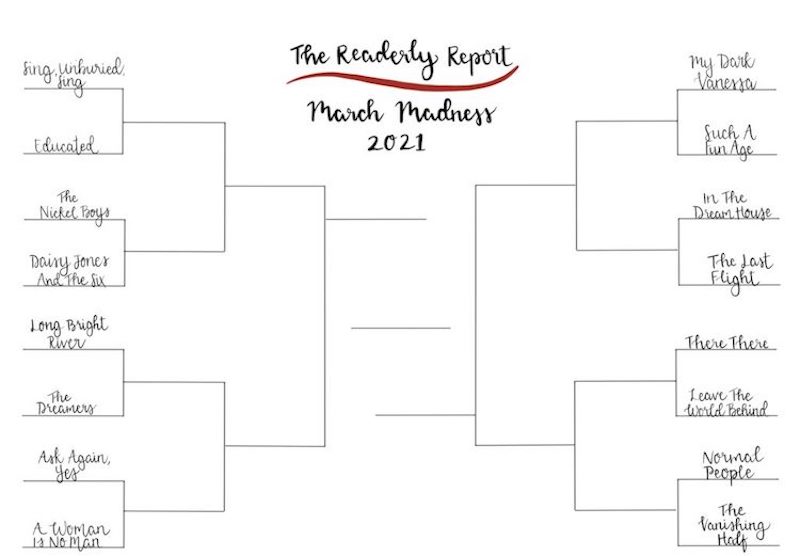