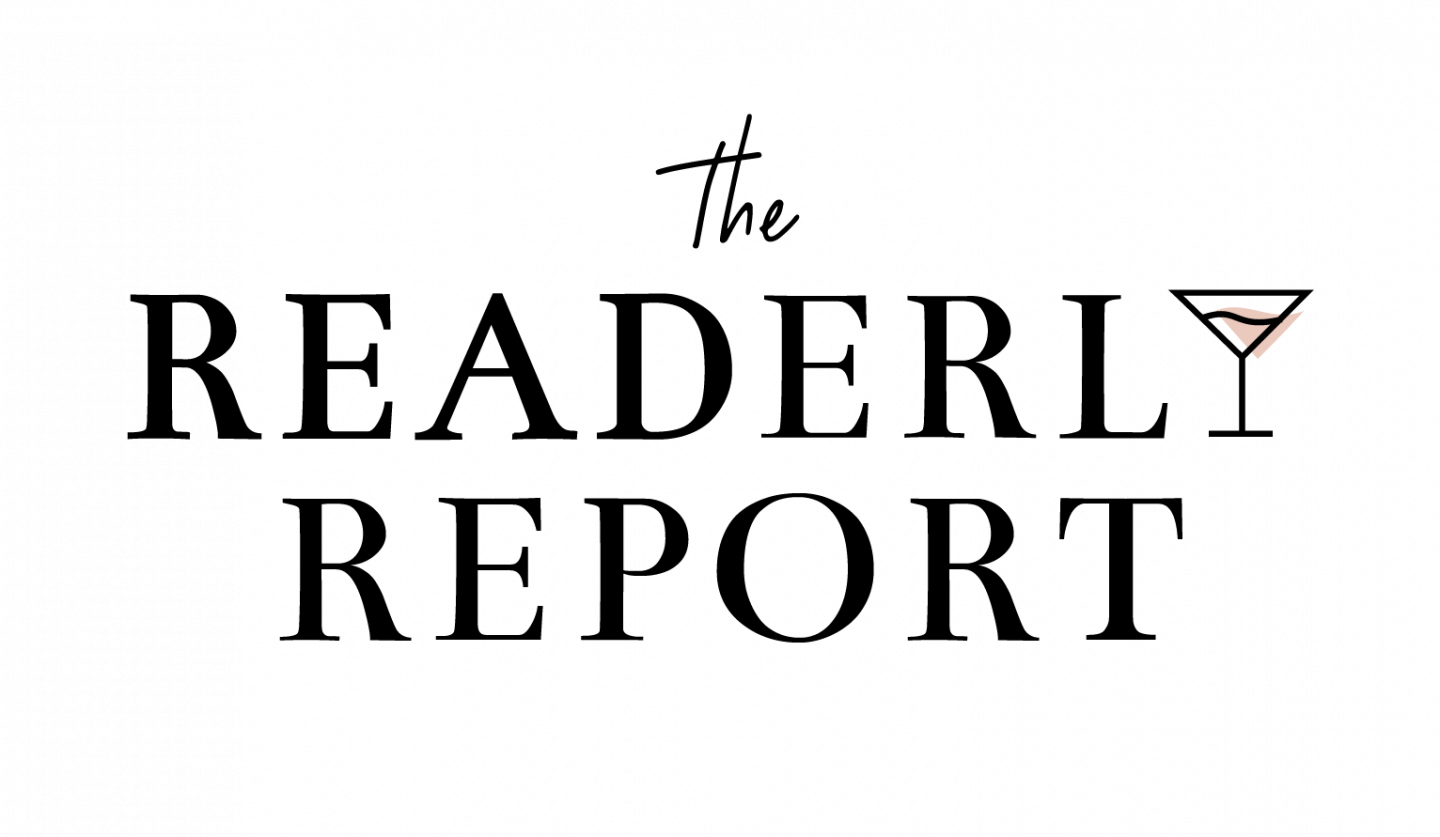 In this short episode, Gayle gives us 6 book recommendations that are about a TV show. Surely you have seen most of them! Perfect reading for avid fans.

As always you can find below the whole booklist they run through during the episode:

Growing Up Brady: I Was a Teenage Greg by Barry Williams | Amazon

The Office: The Untold Story of the Greatest Sitcom of the 2000s: An Oral History by Andy Greene | Amazon | Bookshop

I’ll Be There for You: The One about Friends by Kelsey Miller | Amazon | Bookshop

*Books linked above are our affiliate links through Amazon. There’s no additional expense to you, but if you make a purchase through us a small portion of that contributes to the costs associated with making our podcast. Thanks so much for listening and for your support.

This is Gayle. Today I’m gonna talk about books, about TV shows, so not books that have been turned into TV shows, but books that are actually about TV shows. Okay, I’m gonna start with a book called I Was a Teenage Greg, and it is by Barry Williams who played Greg Brady on the Brady Bunch. If you, or even a casual fan of the Brady Bunch, this is an absolutely fascinating book.

It’s all about the show, how it came together, how they cast the kids, what it was like being on set. I mean, this is kind of like, you know, the seventies, like before sort of modern celebrities. So what it was like to be a celebrity back then before social media and before paparazzi. Like kind of those uncomplicated times.

So it’s just all about the show. You know, the show went on for many years and it took these kids through their adolescence, through puberty and all of that. So it’s just about what it was like to be Greg during those times and you know, what the world, what his world was like. And then he goes literally episode by episode through every episode of the Brady Bunch.

You know, gives behind-the-scenes detail and bloopers and you know, this was the first time this character was introduced and you know, what was going on and behind-the-scenes little synopsis. It’s a lot of fun and it’s really fun to actually watch the episodes and revert back to the book. So for the Brady Bunch fan, I was a teenage Greg by Barry William.

The next one is much more current. It’s called The Office: The Untold Story of the Greatest Sitcom of the 2000s by Andy Green. And this is. Also behind the scenes report about the office. This is told through oral history. So you’ve got actors, the producers, the writers, directors, all the people who were involved with the show and they’re interviewed.

And then it kind of goes chronologically. And so all the interviews are sort of. Spliced together and interspersed, and it takes you through the whole story of the office, how they decided to adapt the show for the American audience, casting the show. Then the different seasons, Steve Corral era, the later era, the James Spader era, Will Ferrell, all of the different, you know, people that they had kind of playing that Michael Scott esque role.

And it’s just super fun if you’re an office fan and who isn’t an office fan. Right. How do you not like the office? I did this one on audio. It was a lot of fun. I learned a lot about the show, a lot about some of my favorite episodes, like Jim and Pam’s wedding and episodes where they went out, you know, offset, like when they went on a business trip or things happened.

It’s just, it’s really fun. So if you are an office fan or you know, an office fan, this is really a great book to have. So again, it’s called The Office, the Untold Story of the Greatest TV Sitcom of the two. By Andy Green.

The next one, and I’m gonna admit I haven’t actually read this book, but I really want to read this book and I especially wanna read this book now because it is, I’ll Be There for You: The One about Friends by Kelsey Miller, and it is, I think probably very similar to The Office, but this one is about friends, and now we’re in the midst of kind of this resurgence of interest in friends. Now that we’ve had the friends reunion airing on HBO. And I don’t know, I probably like The Office better than Friends just cause I think it’s a smarter show.

But Friends was a pretty good show too, and it was such a, I dunno, played such a pivotal role in the late nineties and, is that right? The mid-90s, I guess mid 90s. All the way through. The beginning of the 2000s. I think that the finale was in 2004, so I would really like to read this book and just, you know, also hear about the guest stars and the stories behind the scenes.

It seems like they were a very harmonious cast, so I don’t think there’s lots of scoop or dirt that the, you know, various castmates have about each other. But I just think it would be fun to read this one. So I threw it on the list even though I haven’t. Because it fits this category so perfectly. So that is, I’ll be there for you.

The one about Friends by Kelsey Miller. The next one on my list is one that I have read, and it’s called vj, the Unplugged Adventures of MTV’s. First wave by Nina Blackwood, Allen Hunter, Mark Goodman, and Martha Quinn. If those names aren’t familiar to you, they are the original four VJs. Actually, there was a fifth who’s no longer alive, but there was an original five VJs who were on MTV when MTV debuted.

And they were, you know, instrumental in shaping the network and they were sort of forging ahead. This MTV was a completely new format, a new concept. They didn’t really know what they were doing. They had like no money. And these guys were the VJs. And so they would play the videos and they got to interview bands and go to concerts.

They had such a cool life in the eighties and they, you know, all kind of got to know some of the bands that they followed and they all have their favorites and their favorite shows that they went to see and people they got to interview. And it’s really fun to listen to this. And I think that that is also told in an oral history format.

So you’ve. Interspersing, you know, different interviews from these four VJs, um, throughout the book roughly chronologically as well. So if you’re a fan of music and if you’re a fan of MTV and that whole era, it’s a really fun read. So again, VJ: The Unplugged Adventures of MTV’s. First Wave by Nina Blackwood, Alan Hunter, Mark Goodman, and Martha Quinn.

The next one is called Live from New York by Tom Shales, and this is An Oral History of Saturday Night Live. Now this book is continually updated and it’s continually out of date because obviously SNL churn out new seasons every year. And so it’s just, you know, they can’t keep up with the changing casts and the changing skits and characters and things like that.

So there was one version that came out in, I don’t remember what year it was, maybe the late nineties or early 2000s, and then they came out with another, So this is a book that is always gonna be a little out of date because it won’t have the most recent season in it, but it’s also a lot of fun.

So you get the early days and then you go through lots of different eras of snl, like the. Billy Crystal years and the Eddie Murphy years. And then you get into the Mike Myers and Dana Carvey years, and Tina Faye. And there’s been so many different eras of SNL with so many outstanding people that have come and gone.

And this is told in an oral history format too. So if you’re interested in SNL, it’s a really fun read and you just get to revisit all these characters and you know, hear about what was happening, which seasons were more successful in others, and then the careers of these people who’ve started an SNL and then gone on to superstardom in the movies and on TV and other places.

And then the final book I wanna share is actually not. Nonfiction. This one is called Lost and Found by Carolyn Parkhurst. And it is a novel but is a novel that takes place all around the world because it is following a TV show that’s very similar to the Amazing Race. And you have teams and they’re competing and they have to do different things.

It’s not exactly like the Amazing Race, but it’s similar and it’s clearly inspired by the amazing race, and it’s a lot of fun if you are a reality TV fan, if you’re an amazing race fan or if you’re a Carolyn Parkhurst fan, and I’m all three of those things. So I really enjoyed this one. It’s a little reminiscent of one to watch, which.

The show, uh, the book about bachelorette type show where a character goes on and is the Bachelorette. But this one is a send up of the amazing race and all about the kind of interplay between these teams and how television manipulates people and manipulates how people appear, and so about how their image, you know, maybe comes across very differently than how they really are.

Or maybe they’re acting for the camera. It’s just a lot of fun to kind of be on the other side of it and see it from the, from the inside and from the contestants point of view. So that is Lost and Found by Carolyn Parkhurst. And those are my six books about TV shows. Thanks for listening to this six pack.

Please help support the podcast and take a few minutes to leave a review and/or rating for the podcast on iTunes, a comment on Soundcloud or interact wherever you listen to podcasts and talk about books.

Connect With Us
We’d love to hear from you at any and all places that you love to talk about books. You can find us at the spaces below.

Feedback. We love it!
If you have any questions or ideas for a podcast,  email us! You can reach Nicole at nicole@nicolebonia.com, and you can reach Gayle at gweiswasser@gmail.com. As always, thanks for listening and happy reading